Exclusive Pre-Sale Offer for the Upcoming Women’s World Cup Qualifiers to be Played in Cary, N.C.

Be the first to secure your USWNT tickets and receive a ticket to the NC Courage Semifinal Playoff Match on Sunday, September 16 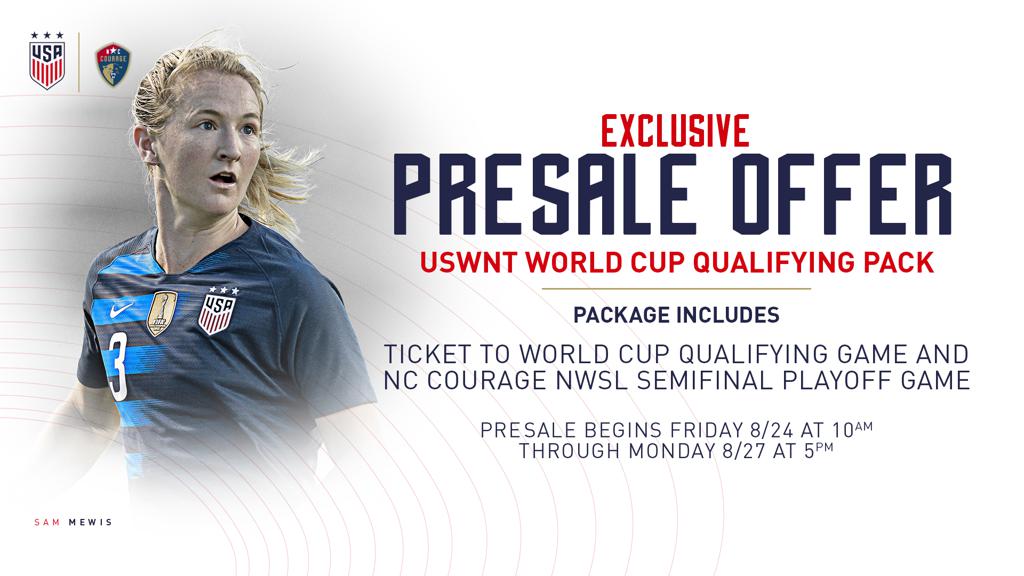 The United States Women’s National Team will play their group stage at Sahlen’s Stadium at WakeMed Soccer Park October 4, 7 and 10 and the only way to guarantee a seat before tickets go on sale to the general public on Tuesday, August 28 is by purchasing this exclusive pre-sale package.

Last year the NWSL Semifinal sold out quickly and we expect this season to be no different. Furthermore, U.S. National Team games are always in high demand, so this is the only way for fans to secure their seats to both events prior to general public sale for the qualifiers.

The USWNT boasts several of your favorite NC Courage players on the roster, including Abby Dahlkemper, Crystal Dunn, Samantha Mewis and McCall Zerboni.