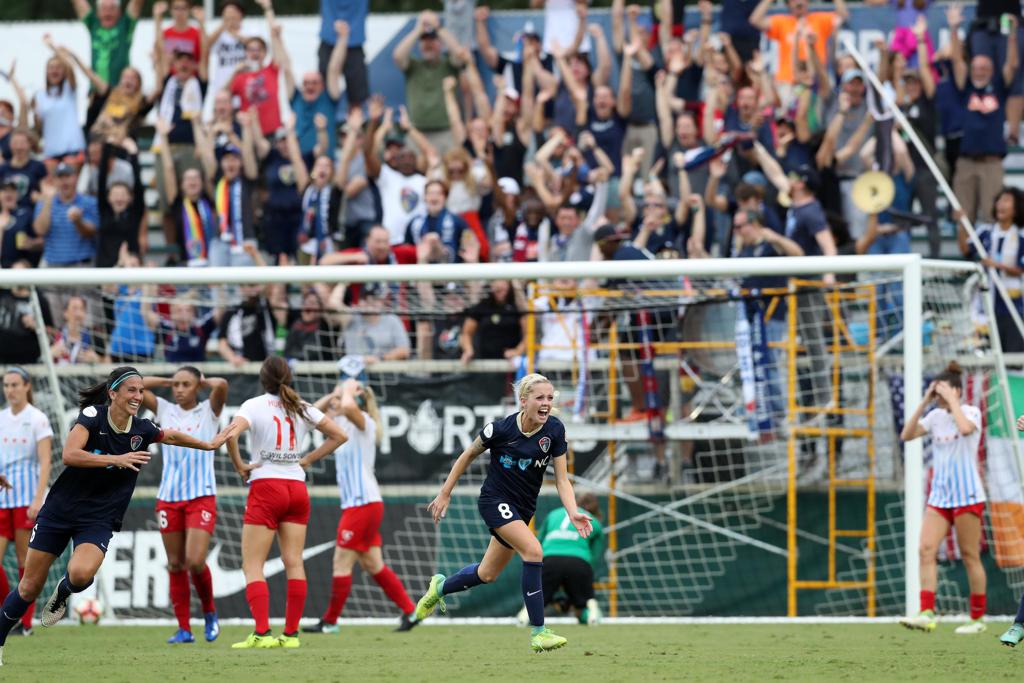 The Chicago Red Stars, North Carolina Courage, Portland Thorns FC and Seattle Reign FC have clinched all four spots in the 2018 playoffs. Tonight, Portland and Seattle will face off live on Lifetime at 10:00 p.m. ET in a battle to decide who will host the semifinal on Sept. 15.

Meanwhile, the Courage secured the top spot in the playoffs weeks ago and are set to host either the Thorns FC or Red Stars in the other semifinal on Sept. 16 at Sahlen’s Stadium in Cary, N.C.