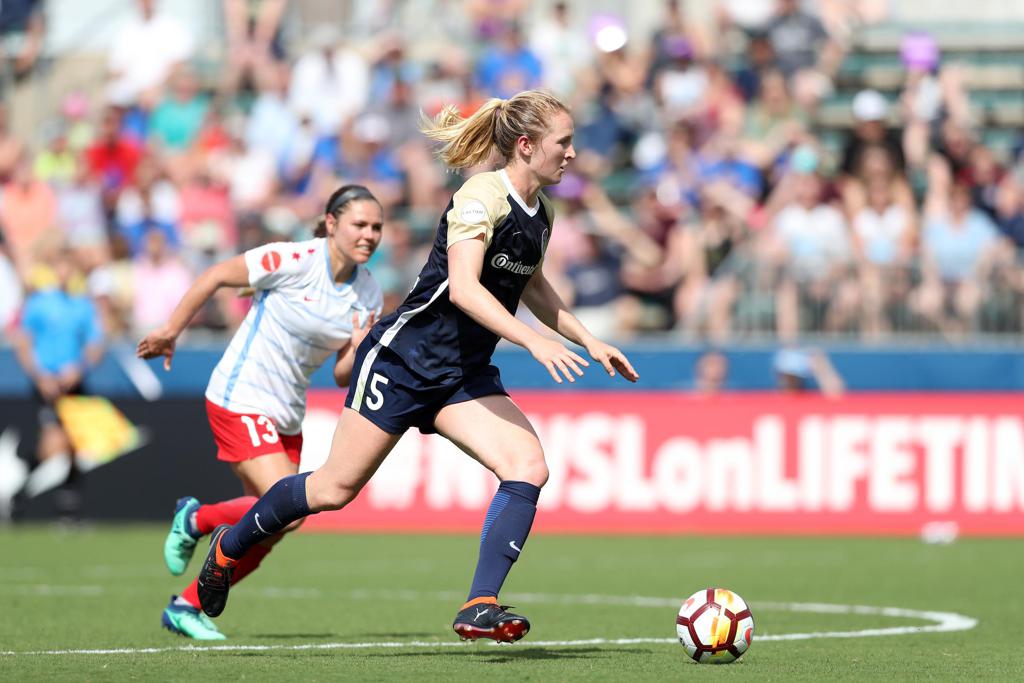 CARY, N.C. (September 17, 2018)- The top-seeded North Carolina Courage will travel to Portland, Ore., to face the fourth-seeded Chicago Red Stars in the second NWSL Semifinal on Tuesday, Sept. 18 at 9 p.m. ET at Providence Park. The match, originally scheduled for Sunday, Sept. 16 in Cary, was moved to Portland due to uncertainty relating to Hurricane Florence.

The Courage are coming off a 5-0 win over the Houston Dash on Sept. 8 where the team broke several NWSL records. Jessica McDonald started the scoring in the 13th minute when she put a powerful strike past Houston’s goalkeeper. Crystal Dunn had the next goal in the 26th minute. After the ball hit the post twice, she buried the ball in the net. Lynn Williams then scored a brace with goals in the 44th and 57th minutes. Jessica McDonald assisted both of Williams’ goals. Kristen Hamilton scored her third goal of the season and the fifth goal of the night in the 70th minute, shortly after entering the game.

With the win, the 2018 NWSL Shield-winners broke the NWSL record for most wins in a season with 17 wins. The team also broke the record for most points (57), fewest losses (1), most goals scored (53), fewest goals allowed (17), lowest goals against average (.71), and largest goal differential (+36).

The Chicago Red Stars clinched the final spot of the NWSL playoffs with a 5-0 win over Sky Blue FC on Sept. 4. The Red Stars then traveled to Utah to take on the Utah Royals for their final regular season game, where they fell, 2-1. Golden Boot winner, Sam Kerr, scored the Red Star’s only goal of the game.

In the last meeting between the teams, the NC Courage traveled to Chicago in a match that ended in a 1-1 draw. Debinha scored off a ball played in by McDonald. The Brazilian sailed through the air to put a header in the back of the net. Kerr scored the goal for Chicago off of a corner kick.

The winner of this NWSL Semifinal will stay in Portland, to take on Portland Thorns FC in the NWSL Championship on Saturday, Sept. 22 at 4:30 p.m. ET.

Series History:
Since relocating to Cary, the Courage are 2W-3L-2D against Chicago.

This will be a rematch of the 2017 NWSL Semifinal game. The NC Courage defeated the Chicago Red Stars last year to advance to the NWSL Championship behind and 89th minute strike from Denise O’Sullivan.

Players to Watch:
North Carolina Courage – #9 Lynn Williams
Lynn Williams closed out the regular season with another brace, bringing her goal total to 14 for the 2018 season. Williams has been on a scoring streak, scoring in the last three games of the regular season. Williams leads the league with a total of 96 shots over the 24 game span. She has also added five assists. There is no doubt that Williams will be looking to continue her scoring streak in the NWSL Semifinal.
.
Chicago Red Stars- #20 Sam Kerr
After scoring 16 goals during the regular season, Sam Kerr was named the 2018 NWSL Golden Boot winner. Kerr scored six goals in Chicago’s last four regular season games to widen the gap between her, Lynn Williams, and Lindsey Horan. Fifteen of Kerr’s 16 goals came inside the box. Kerr will also be looking to extend her scoring streak during the NWSL Semifinal.