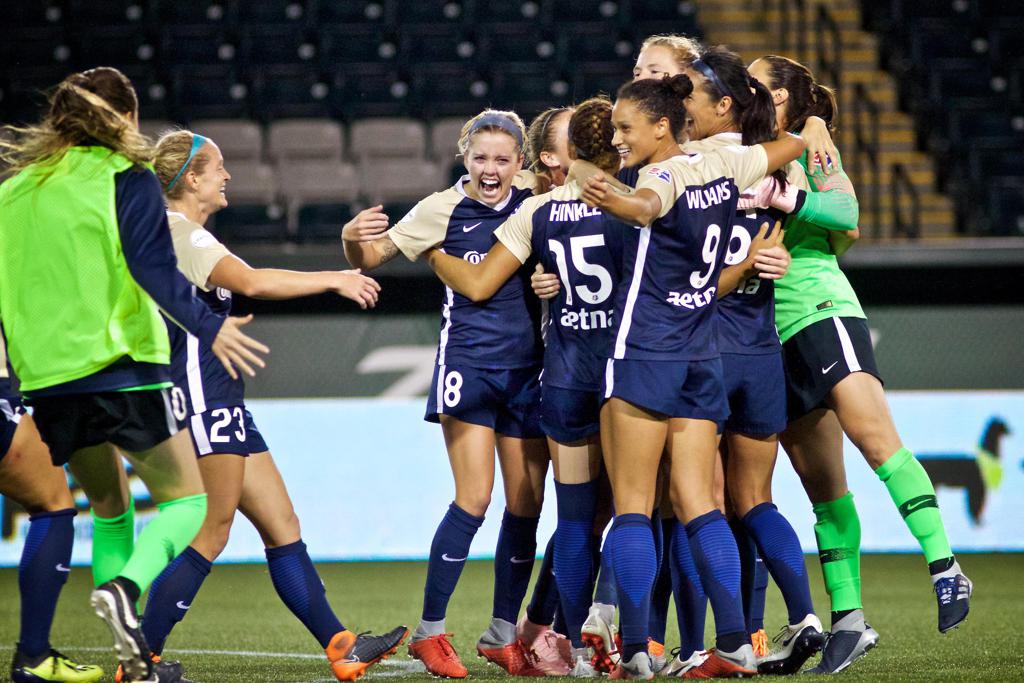 Portland, Ore. (September 21, 2018)- The top-seeded North Carolina Courage have advanced to the NWSL Championship for the second consecutive year after defeating the Chicago Red Stars, 2-0, on Tuesday evening. They will take on the second-seeded Portland Thorns in a rematch of last year’s NWSL Championship. The game will take place at Providence Park in Portland on Saturday, September 22 at 4:30 p.m. ET. The game will be broadcasted live on Lifetime.

In the NWSL Semifinal match on Tuesday, Jessica McDonald wasted no time, scoring a goal in the 5th minute of the game. Crystal Dunn earned the assist on the goal after serving McDonald the perfect pass. The match was a back and forth battle until the 86th minute when Samantha Mewis hit a highlight-reel strike from 25 yards outside the box. Mewis’s shot sailed into the upper 90, out of reach of Chicago’s keeper, Alyssa Naeher. Dunn also assisted Mewis’s goal.

The Portland Thorns defeated Seattle Reign in their NWSL Semifinal match on Saturday, Sept. 18. After going down early, the Thorns came back to win, 2-1. Tobin Heath scored in the 43rd minute, followed by a Lindsey Horan goal in the 77th minute.

The NWSL Shield winners have made it to their second consecutive NWSL Championship since relocating to North Carolina. They are looking to defeat the Portland Thorns, who won the NWSL Championship, 1-0, in 2017. The two teams last played on Aug. 5, where the Courage won, 2-1, behind a brace by Lynn Williams. With the win, the North Carolina Courage clinched the 2018 NWSL Shield.

The Courage have defeated the Thorns three times this season, outscoring them 7-2 in 2018. The NC Courage’s last loss to the Portland Thorns came in the 2017 NWSL Championship. This year’s rematch will undoubtedly be another exciting matchup between the two best teams in the league.

Series History:
Since relocating to Cary, the Courage are 4W-2L-0D against Portland.

Players to Watch:
North Carolina Courage – #3 Samantha Mewis
After overcoming an injury at the beginning of the season, Sam Mewis has come back strong, making a difference on the field. She has four goals on the season, including one in the NWSL Semifinal game. She also has two assists in 2018. Mewis is no stranger to big games, having played in numerous important games for the U.S. Women’s National Team.

Portland Thorns- #17 Tobin Heath
Tobin Heath has led the Portland Thorns all season, starting in 15 of the 18 games she has appeared in, while scoring eight goals. Heath is a versatile player, scoring four times with her right foot, three times with her left foot, and one time with her head. She scored in the Thorn’s NWSL Semifinal against Portland last week. Heath is no stranger to the spotlight, as one of the best-known players on the U.S. Women’s National Team.