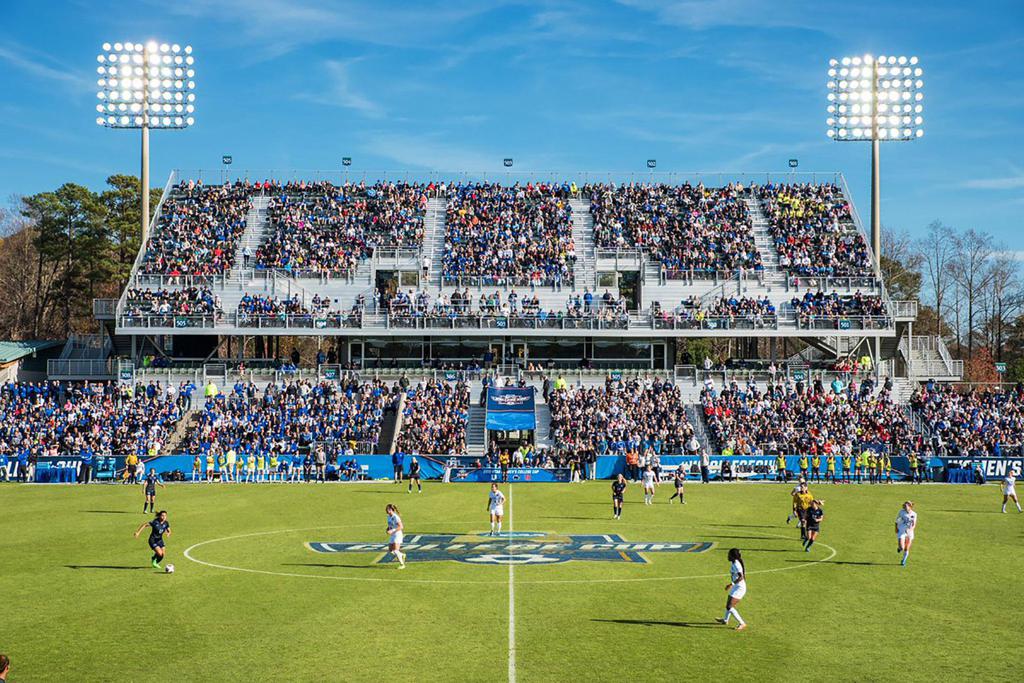 CARY, N.C. (November 26, 2018)– For the eighth time in the history of the NCAA Women’s College Cup, the tournament is returning to Sahlen’s Stadium at WakeMed Soccer Park in Cary.

No other venue has hosted the tournament more, with only Fetzer Field in Chapel Hill, N.C., coming close, hosting the tournament seven times. As a state, the NCAA Women’s College Cup returns to North Carolina frequently, with 18 total visits in the tournament’s 36-year history.

A stadium capacity of 10,000, paired with one of the best soccer pitches in the country and surrounding training grounds, it’s easy to see why Sahlen’s Stadium at WakeMed Soccer Park has become the unofficial home of the Women’s College Cup. The facility has also hosted the likes of Concacaf, the USWNT, the USMNT and nearly 30 national and professional teams from 15 different countries since 2002.

Fittingly, the NCAA’s most familiar guest is back, with UNC qualifying for the College Cup for the 28thtime in school history. Led by a plethora of connections to the NC Courage and North Carolina Football Club, this year’s College Cup is filled with local talent.

Additionally, the team features six others that have played youth soccer in the state of North Carolina, bringing the total number of 11 homegrown players vying for an NCAA Championship in their home state.

Stanford, Florida State and Georgetown will also make the trip to Cary to compete for a national title. Stanford and Florida State have both previously played at the venue in College Cup matches. FSU also recently won the 2018 ACC Championship at Sahlen’s Stadium at WakeMed Soccer earlier this fall. Georgetown is the lone first-time guest and will play a postseason soccer match in Cary for the first time in program history.

The semifinal round will kick off on Friday, Nov. 30 with Georgetown vs. UNC at 5 p.m. and Stanford vs. Florida State at 7:30 p.m. The final will be played on Sunday, Dec. 2 at 1 p.m. All three matches will be played on the stadium field at WakeMed Soccer Park and broadcast live on ESPNU. Tickets are available for purchase here.